The Importance of Interaction for Information Retrieval 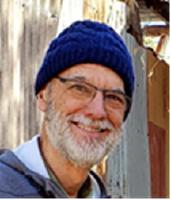 Abstract. There has historically been a divide between the user-oriented and system-oriented research communities in information retrieval. In my opinion, this divide is based primarily on a difference in viewpoint about the relative importance of understanding how people search for information compared to developing new retrieval models and ranking algorithms. There is strong agreement, however, that the interaction between the user and the search engine is a fundamental part of the IR process. The IR field was one of the first in computer science to recognize the importance of the user-system interaction, which led to a number of core concepts such as relevance, ranking, result presentation, feedback, evaluation, and browsing. Continuing the discussion of interaction in the past two Salton Award lectures from Jarvelin and Belkin, the key message of this talk is that effective information access requires interaction between the user and the system, where both play a role. Additionally, there is growing evidence that even more effective information access can be achieved by a system that actively supports interaction, particularly in the limited-bandwidth environments provided by mobile devices and voice-based assistants.

In this talk, I will first give an overview of past IR research on user-system interaction. In much of this research, the system provides passive support for the retrieval process and much of the burden for effective retrieval stays with the user. There has been some research, however, that has attempted to actively support the interaction by designing expert intermediary systems. After this review, I will focus on two current areas of research where active support for interaction is crucial. These are question answering and conversational search. These areas have recently become popular in the NLP community but they have deep roots in IR. I will describe the specific lines of research we have followed at the Center for Intelligent Information Retrieval and RMIT, including interactive answer passage retrieval, studies of information-seeking dialogues, and neural models for selecting responses and answers. Although there are many aspects to this research, I will highlight the parts where interaction is important, how we have attempted to evaluate the research, and where significant progress needs to be made.

Biography. W. Bruce Croft is a Distinguished Professor Emeritus at the University of Massachusetts Amherst, Director of the Center for Intelligent Information Retrieval (CIIR), and Senior Research Fellow at RMIT University, Melbourne. He is an ACM Fellow and has received four lifetime achievement awards for his research, including the Gerard Salton Award from ACM SIGIR. Five of his papers have received SIGIR Test of Time Awards and another three received honorable mentions. His Google h-index is currently 103.

Panel: To what degree is academic research in IR/Search useful for industry, and vice versa? 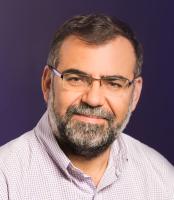 Automatic Understanding of the Visual World 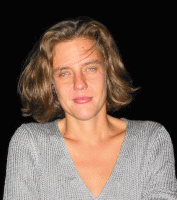 Abstract. One of the central problems of artificial intelligence is machine perception, i.e., the ability to understand the visual world based on input from sensors such as cameras. In this talk, I will present recent progress of my team in this direction. I will start with presenting results on how to generate additional training data using weak annotations, motion information and synthetic data. Next, I will discuss our results for action recognition in videos, where human tubelets have shown to be successful. Our tubelet approach moves away from state-of-the-art frame based approaches and improves classification and localization by relying on joint information from several frames. We show how to extend this type of method to weakly supervised learning of actions, which allows us to scale to large amounts of data with sparse manual annotation. Finally, I will present recent work on grasping with a robot arm based on learning long-horizon manipulations with a hierarchy of RL and imitation-based skills.

Biography. Cordelia Schmid holds a M.S. degree in Computer Science from the University of Karlsruhe and a Doctorate, also in Computer Science, from the Institut National Polytechnique de Grenoble (INPG). Her doctoral thesis on “Local Greyvalue Invariants for Image Matching and Retrieval” received the best thesis award from INPG in 1996. She received the Habilitation degree in 2001 for her thesis entitled “From Image Matching to Learning Visual Models”. Dr. Schmid was a post-doctoral research assistant in the Robotics Research Group of Oxford University in 1996–1997. Since 1997 she has held a permanent research position at INRIA Rhone-Alpes, where she is a research director and directs an INRIA team. Dr. Schmid is the author of over a hundred technical publications. She has been an Associate Editor for IEEE PAMI (2001-2005) and for IJCV (2004-2012), editor-in-chief for IJCV (2013-), a program chair of IEEE CVPR 2005 and ECCV 2012 as well as a general chair of IEEE CVPR 2015. In 2006, 2014 and 2016, she was awarded the Longuet-Higgins prize for fundamental contributions in computer vision that have withstood the test of time. She is a fellow of IEEE. She was awarded an ERC advanced grant in 2013, the Humbolt research award in 2015 and the Inria & French Academy of Science Grand Prix in 2016. She was elected to the German National Academy of Sciences, Leopoldina, in 2017. In 2018 she received the Koenderink prize for fundamental contributions in computer vision that have withstood the test of time. Starting in 2018, she holds a joint appointment with Google research.

Abstract. In this talk I will discuss my own experiences as a disabled scholar and as co-chair of ACM SIGCHI’s AccessSIGCHI developing best practices for conference accessibility. Each rule of best practice has a human story behind it, and if not followed excludes scholars with specific disabilities. I will discuss some of those stories to contextualize best practice to provide a vision for a more accessible SIGIR.

Biography. My research lies in the areas of Human-Computer Interaction and Ubiquitous Computing. My work examines the values of users and designers, and how those values influence the user-centered design process. I look reflexively at the design process to see how our implicit biases and practices shape the artifacts we design, especially as we reconcile the values of designers and users. I use a multi-disciplinary theoretical approach that draws from anthropology, gender studies, science and technology studies, design research, social informatics, and ubiquitous computing. My current research includes looking telepresence robots and how disabled users shape their identities and lives around them.

My life as a researcher: what I loved, what I learned and some humour always

Alexa, Can You Help Me Shop?

Nobody Said it Would be Easy: A Decade of R&D Projects in Information Access from Thomson over Reuters to Refinitiv